Wolfburn: Lest We Forget

This highly sought-after bottle was launched on October 16th, 2018 and was sold out within 6 weeks.

Both companies agreed to give £5 to Poppyscotland for each bottle they sold through the joint 1918 Poppy Pledge, which resulted in us raising a combined total of £9,590.

As well as the bottling our team hosted a series of charitable themed tastings each with an auction; these tastings were supported by Whisky and Gin distilleries across Scotland and raised a further £4,517.56.

In February 2019, the Carnegie Whisky Cellars and Wolfburn Distillery made the donations to Poppyscotland of a grand total of £14,107.56. 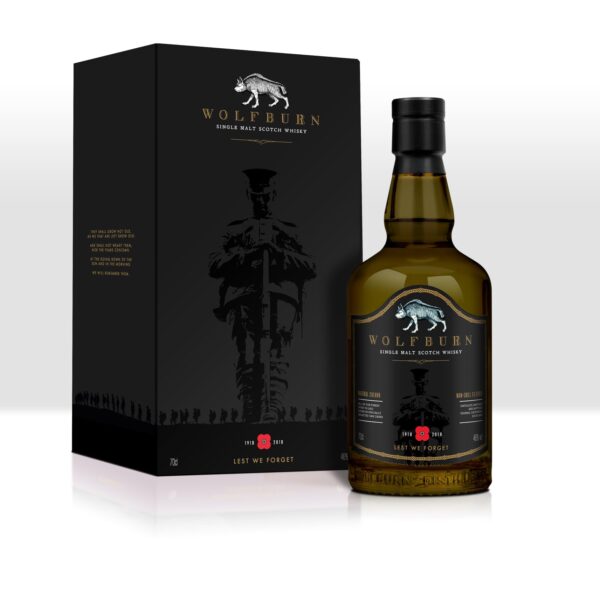 "Over the last 4 years Poppyscotland have been very grateful of the support of Michael and the team at the Carnegie Whisky Cellar in Dornoch. The partnership that we created with Wolfburn Whisky the Carnegie Whisky Cellar to commemorate the 100th anniversary the signing of the Armistice in 2018 was the most successful in fundraising terms for our 2018 Poppy Pledge Campaign and raised nearly £15k for the vital life changing work that our welfare teams take on 365 days a year supporting the Armed Forces Community in Scotland. Working with Michael and the wider team was a real pleasure and I must commend him for his knowledge of the critur, a true expert in his field."
Gordon Machie
Head of Fundraising and Learning, Poppyscotland